Is Microblading Worth It?

Is Microblading Worth It?

I neglected my eyebrows for the better part of 20 years. In their natural state they’re basically translucent, so I saw no need to shape them (I know, I know). But there was one day that shaped both my life and my brows and would lead me down a path that had me finding out first-hand what microblading is like. On this day, I had them filled in by a professional. She recommended that I try brow tinting, because blonde brows are really hard to fill in. So I did.

Life-changing is a term that gets thrown around a lot, but I’m going to use it here because there’s no other way to describe the trajectory of my life. After that, I was a woman possessed. I became obsessed with my brows, tinting them every four to six weeks and hoarding piles of pomades, gels, and pencils to fill them in when they inevitably began to lighten.

Then, a couple of years ago, I noticed my brows begin to thin. (Fun fact: Did you know stress can cause this? Cool.) To say I took it well would be a vast overstatement. Imagine me shaking my fist at the sky and wondering why I had so little time with perfect brows.

It was right around this time that a treatment called microblading, a process that involves tattooing hairlike strokes onto your brow area, started gaining popularity. Microblading, it seemed, was the messiah come to save my face from it’s slow decline into browless-ness.

So, I did a little research (aka read a couple of online articles and went through a lot of Instagram posts) and decided to book an appointment. But nearly two years later, there are a few things I wished I had known before taking the plunge. 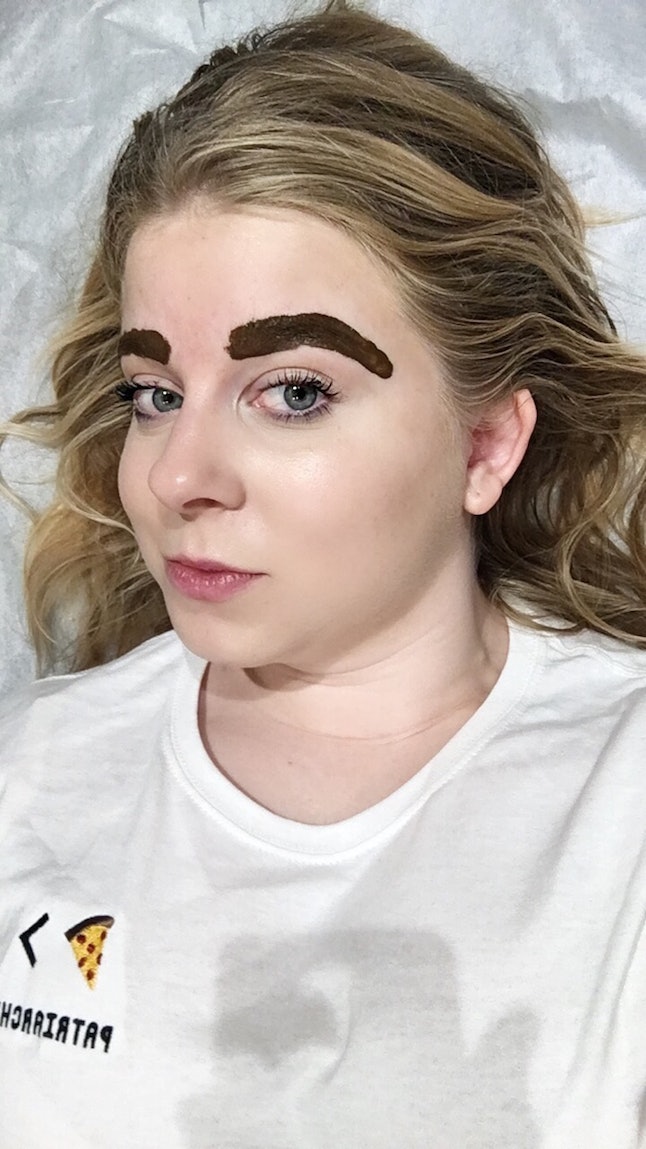 1. They Come Out Darker (Like, Way Darker) Than They Tell You

When I came home from my appointment, my boyfriend was perplexed as to why I had filled in my brows with Sharpie. You actually want them to be darker at first, because the tint will fade and lighten to your desired shade. But, just from my own experience, you may feel self-conscious leaving the house. Your brows will look dramatic. Here’s what they looked like immediately following microblading. (Please forgive my selfie pose. I hadn’t yet discovered my angles/the nuances of lighting.) 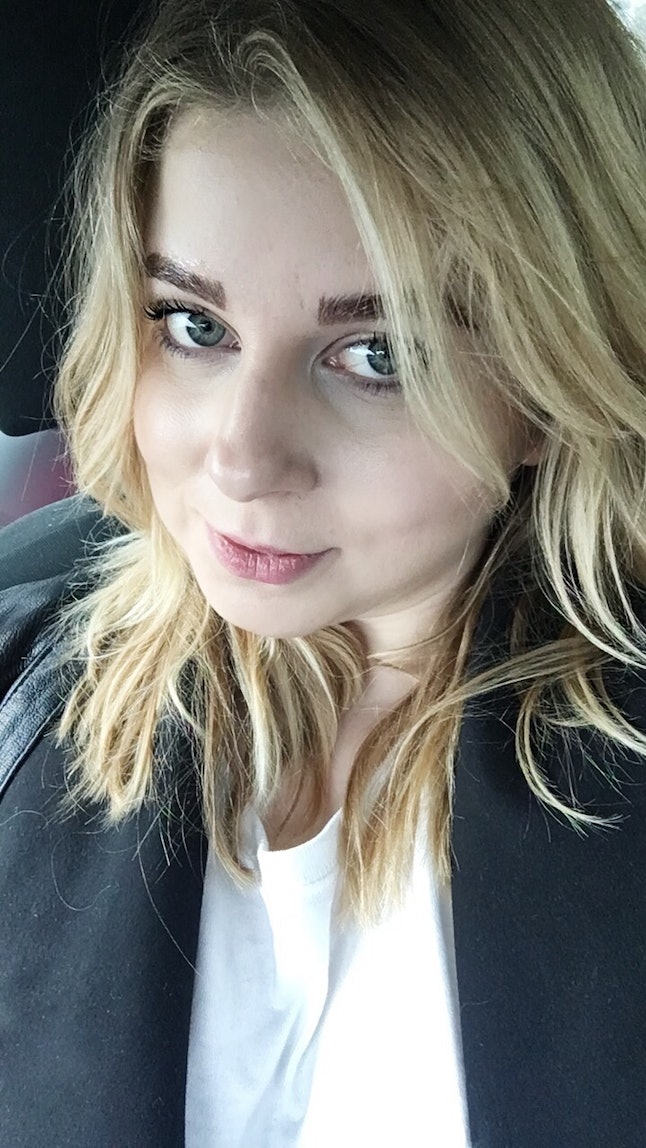 Most places will apply a numbing cream before they get to work scratching pigment into your skin. Unfortunately, mine started to wear off near the end (my appointment was over two hours long). My technician offered to add more numbing cream, but when debating the existential pain of waiting 15 minutes for it to kick in (on top of the time the rest of my appointment would take) against feeling actual physical pain, the latter won out.

That said, the pain itself isn’t really that bad. What is bad, however, is the fact that…

3. You Can Totally Hear The Tattooing Process Happening On Your Face

It sounds like the little tiny scratches a person hears in a dark basement/closet before they get murdered in a horror movie. Not a deal-breaker (especially if you’re used to getting tattoos), but just something to be aware of before your appointment. 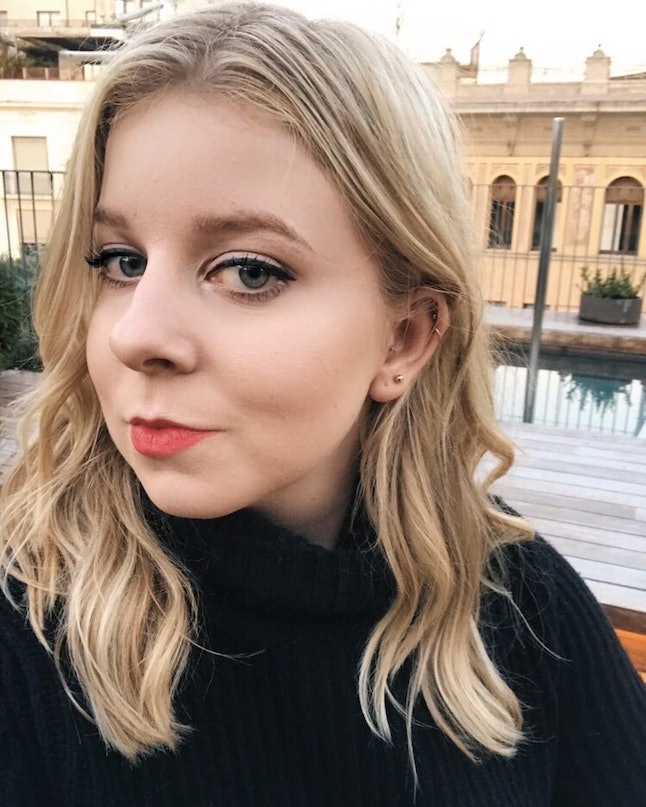 “Sure, I can commit to multiple microblading appointments,” I, a human woman who still cannot figure out how to add reminders to her phone without using Siri, actually thought. If you get microblading, you must do at least one follow-up appointment for best results. This is so that the technician can do touch-ups and make sure there aren’t any patchy spots. In addition to the the time commitment, there’s also a monetary commitment. Microblading is not cheap.

5. If You Have Blonde Brows, There’s A Catch

Like I mentioned, my brows are naturally translucent. (Seriously, if you look at old photos of me, it looks like I have no eyebrows.) I’ve been religiously tinting them for the past few years, but life happens and sometimes I go too long between tints. If you have very blonde eyebrows like I do, you’ll probably still have to get them tinted after you get microblading done, which is annoying and also expensive. Below is a super close-up of my brows about two years after microblading and having them freshly tinted. If you look, you can see where the microblading is faded (it’s the reddish tint). 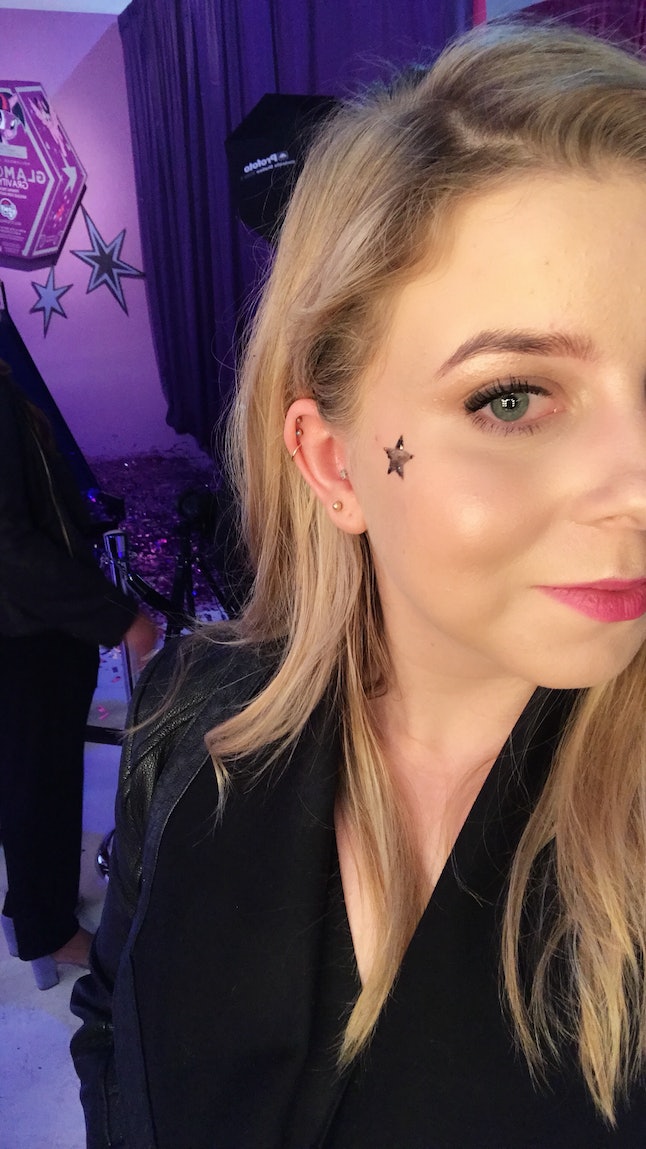 Before microblading, the tint would fade evenly. After microblading, when the tint on my brows begins to fade, my eyebrows start looking patchy because the faded microblading has turned slightly red and shows through my pale brows.

This was, in part, my fault. I prefer a darker, cool-toned brow to contrast with my blonde hair — think a little bit Daenerys Targaryen-esque. For the first few months I didn’t mind at all having to be super on top of my tinting appointments, but now that it’s started to fade it definitely looks a little wonky to me. Plus, the strokes began to blur together a bit, so the look is definitely less clean.

However, I wouldn’t have gone through the hours-long process of microblading that matched my natural super light brow color. My usual tinting would have looked weird over blonde microbladed brows, and blonde brows aren’t the look I want. It’s a real catch-22, or in 2018 terms, the woman shrugging emoji.

Basically, if you have very blonde eyebrows like me, just be careful and make sure you really talk it through with your technician. The photo above shows what my eyebrows look like now, about two weeks after tinting and a year and a half after microblading.

That said, I know many people who swear by microblading — it is amazing for people who have sparse brows, or people who want bolder brows. For me, though, deciding to get microbladed was my 2016 version of “should I get bangs?” I did it, loved it for a bit, then wished for my brows to go back to normal (and by normal, I actually mean shaped and tinted, pre-microblading).